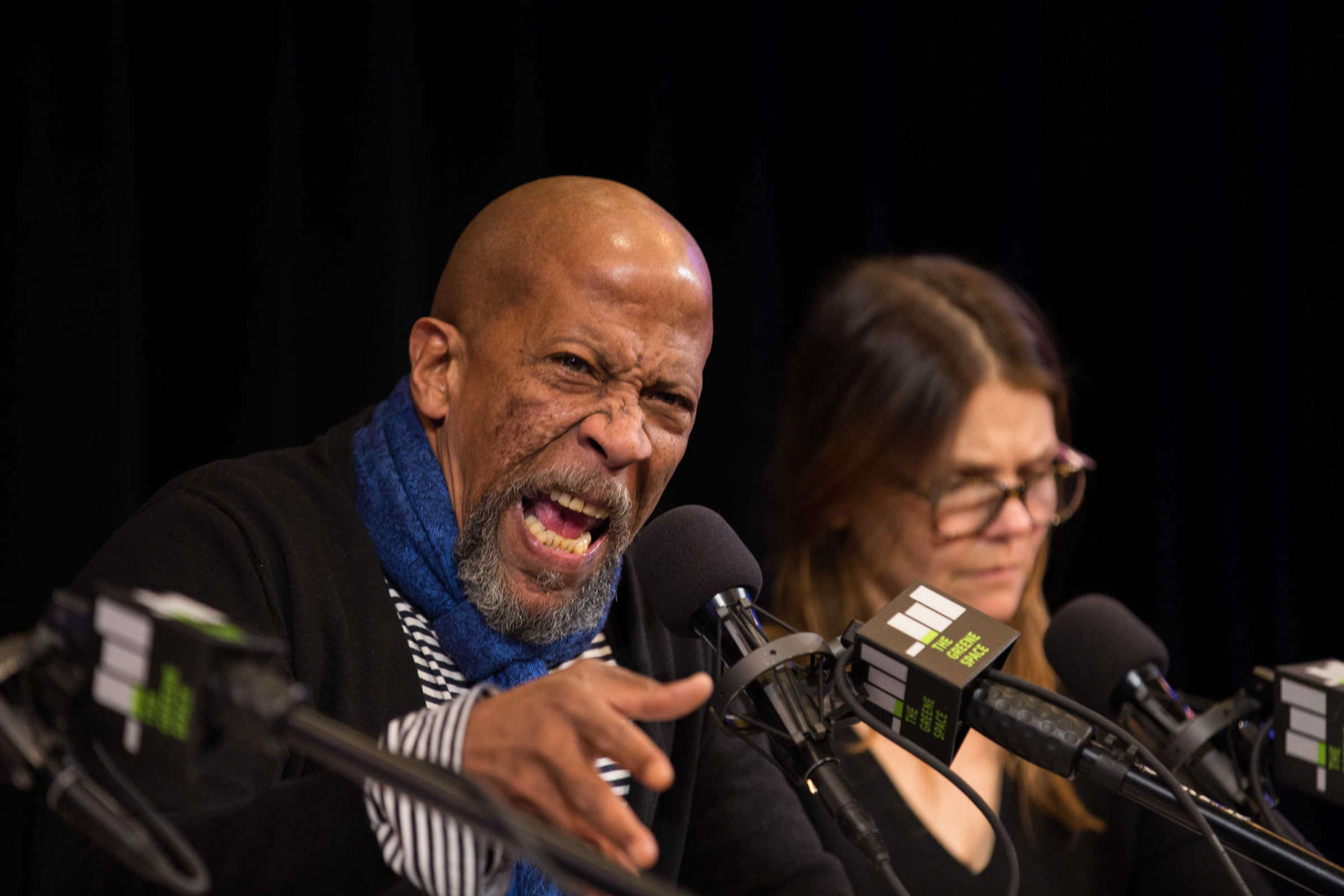 It has been suggested that ancient Greek drama was a form of storytelling, communal therapy, and ritual reintegration for combat veterans by combat veterans. Sophocles himself was a general. At the time Aeschylus wrote and produced his famous Oresteia, Athens was at war on six fronts. The audiences for whom these plays were performed were undoubtedly composed of citizen-soldiers. Also, the performers themselves were most likely veterans or cadets. Seen through this lens, ancient Greek drama appears to have been an elaborate ritual aimed at helping combat veterans return to civilian life after deployments during a century that saw 80 years of war.

Theater of War presents readings of Sophocles’ Ajax and Philoctetes to military and civilian communities across the world. These ancient plays timelessly and universally depict the visible and invisible wounds of war. Each performance is followed by a powerful audience discussion led by community panelists. This project has been presented for diverse audiences in a wide array of settings, including military installations, hospitals, medical schools, universities, homeless shelters, libraries, public housing developments, cultural institutions, high schools, prisons, and public parks.

Watch the Theater of War Trailer 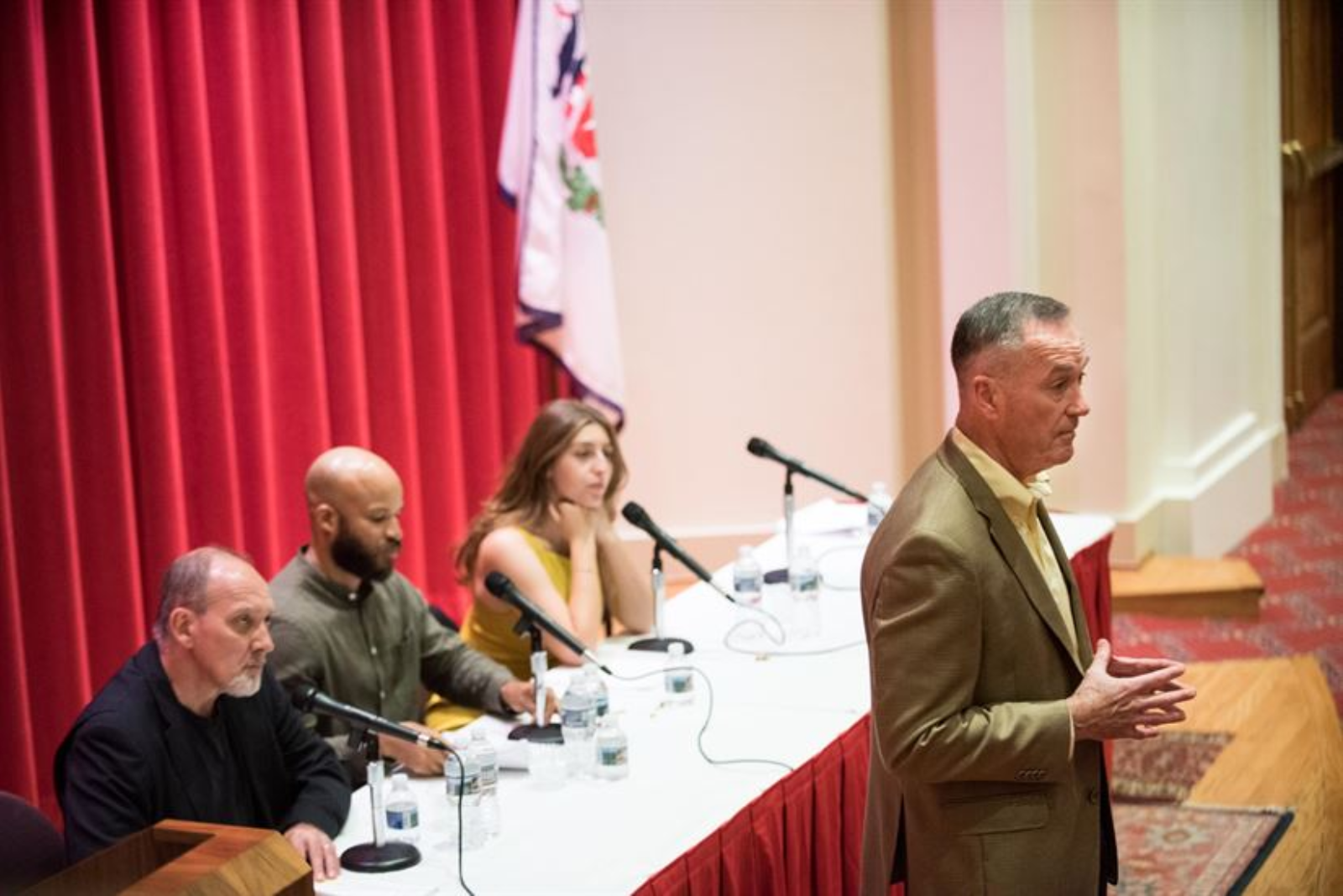 Chairman of the Joint Chiefs of Staff Gen. Joseph Dunford presents Theater of War to Joint Chiefs and Combatant Commanders

Zach Grenier, Glenn Davis, and Marjolaine Goldsmith are introduced by the Chairman of the Joint Chiefs of Staff Gen. Joseph Dunford. See article. 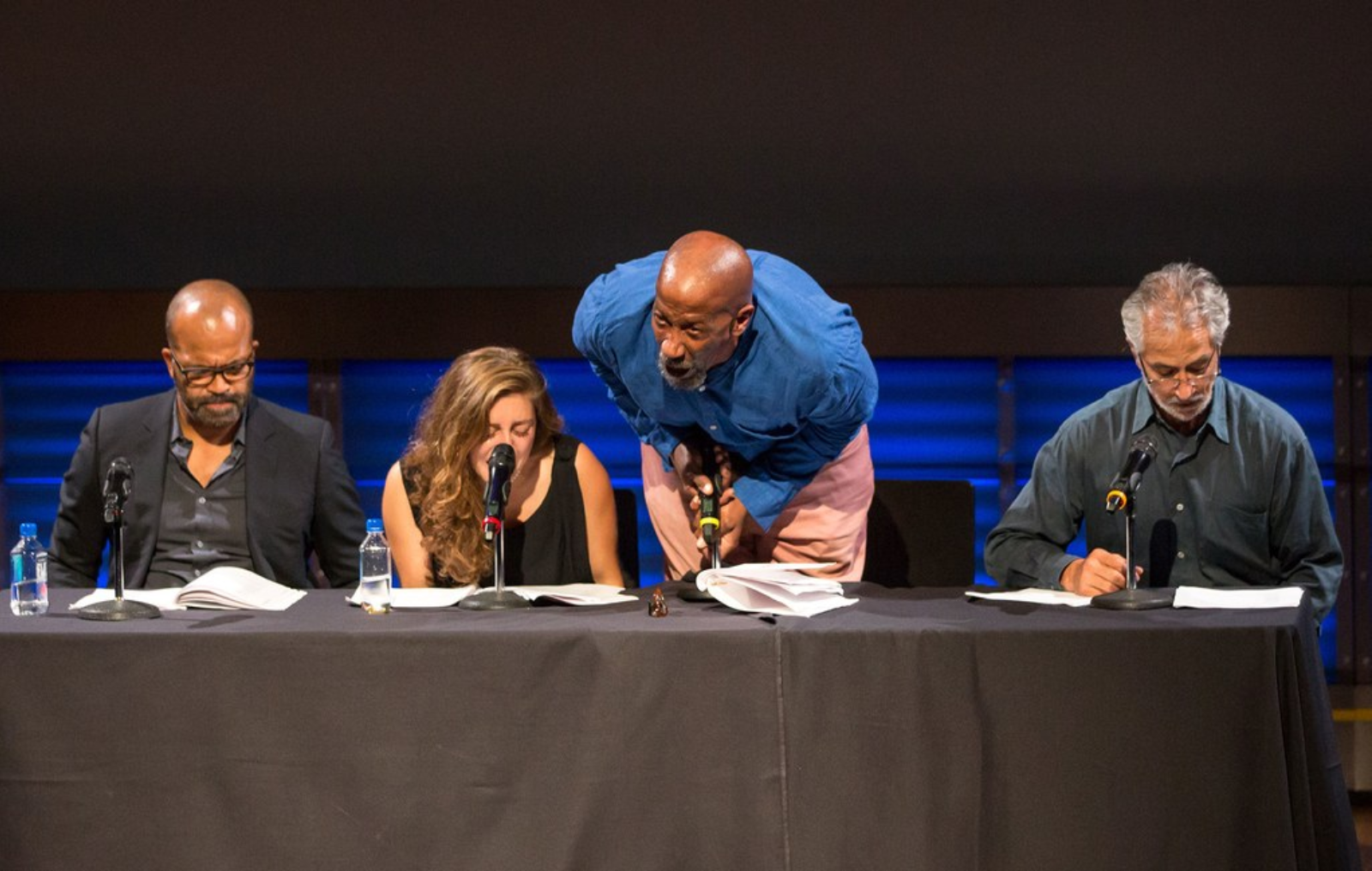 Reading of Scenes from Sophocles’ AJAX

Jeffrey Wright, Marjolaine Goldsmith, Reg E. Cathey, and David Strathairn present Theater of War on the fifteenth anniversary of the Sept 11 attacks. This performance was featured in The New Yorker.

Theater of War on PBS Newshour 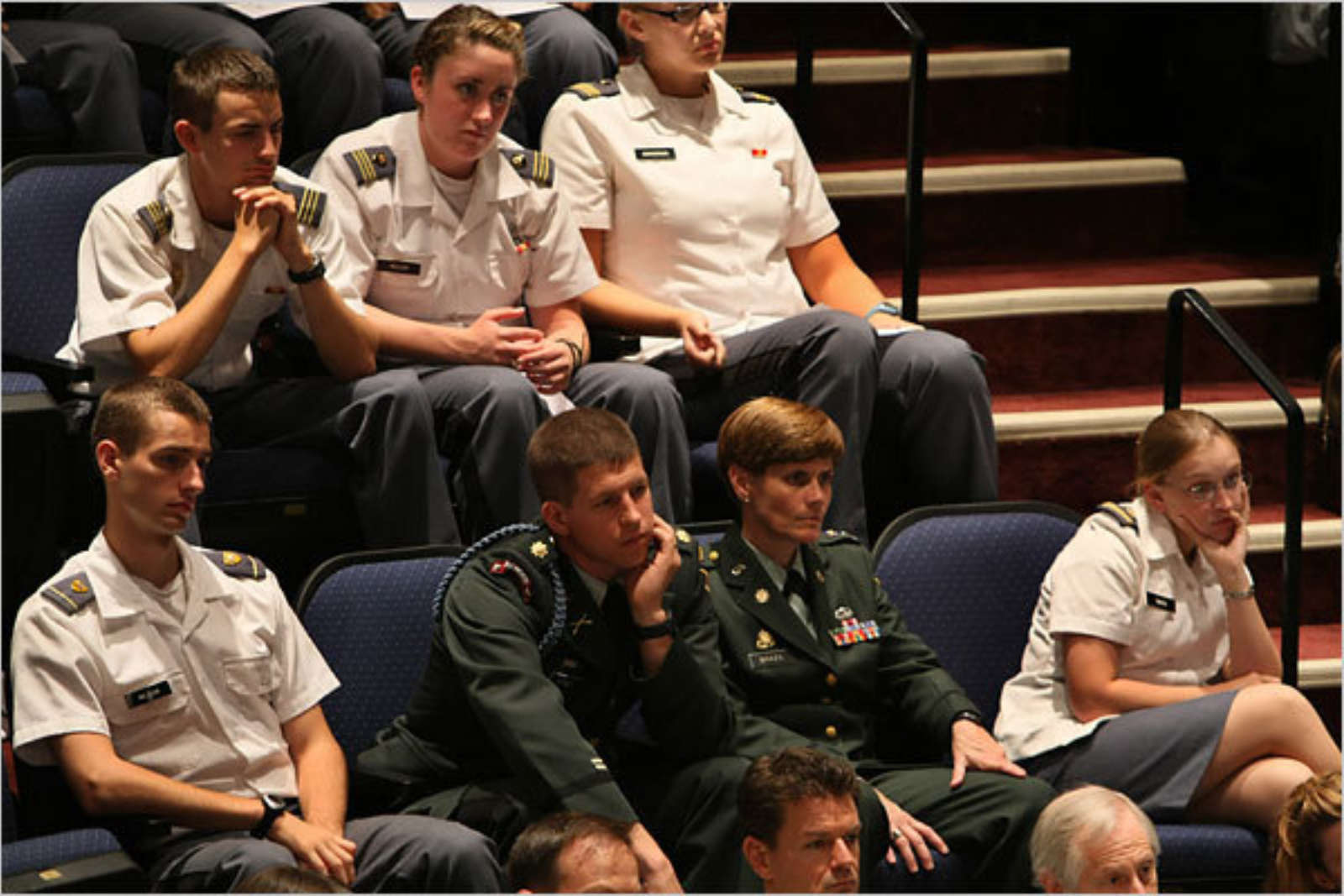 Like War Itself, Effects of War Are Hell. Ask the Greeks. 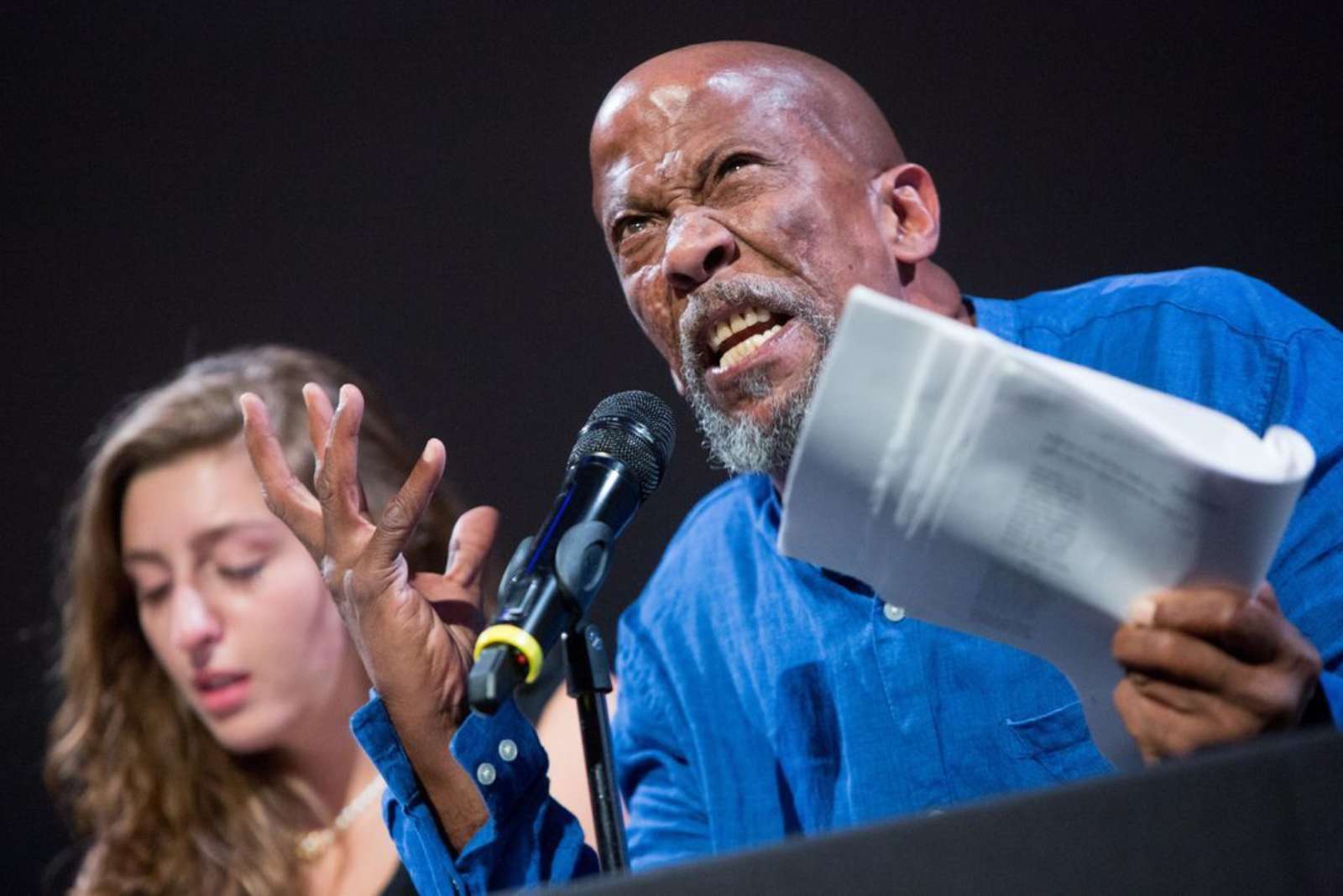 The Healing Power of Greek Tragedy

Theater of War, the origin story by Bryan Doerries 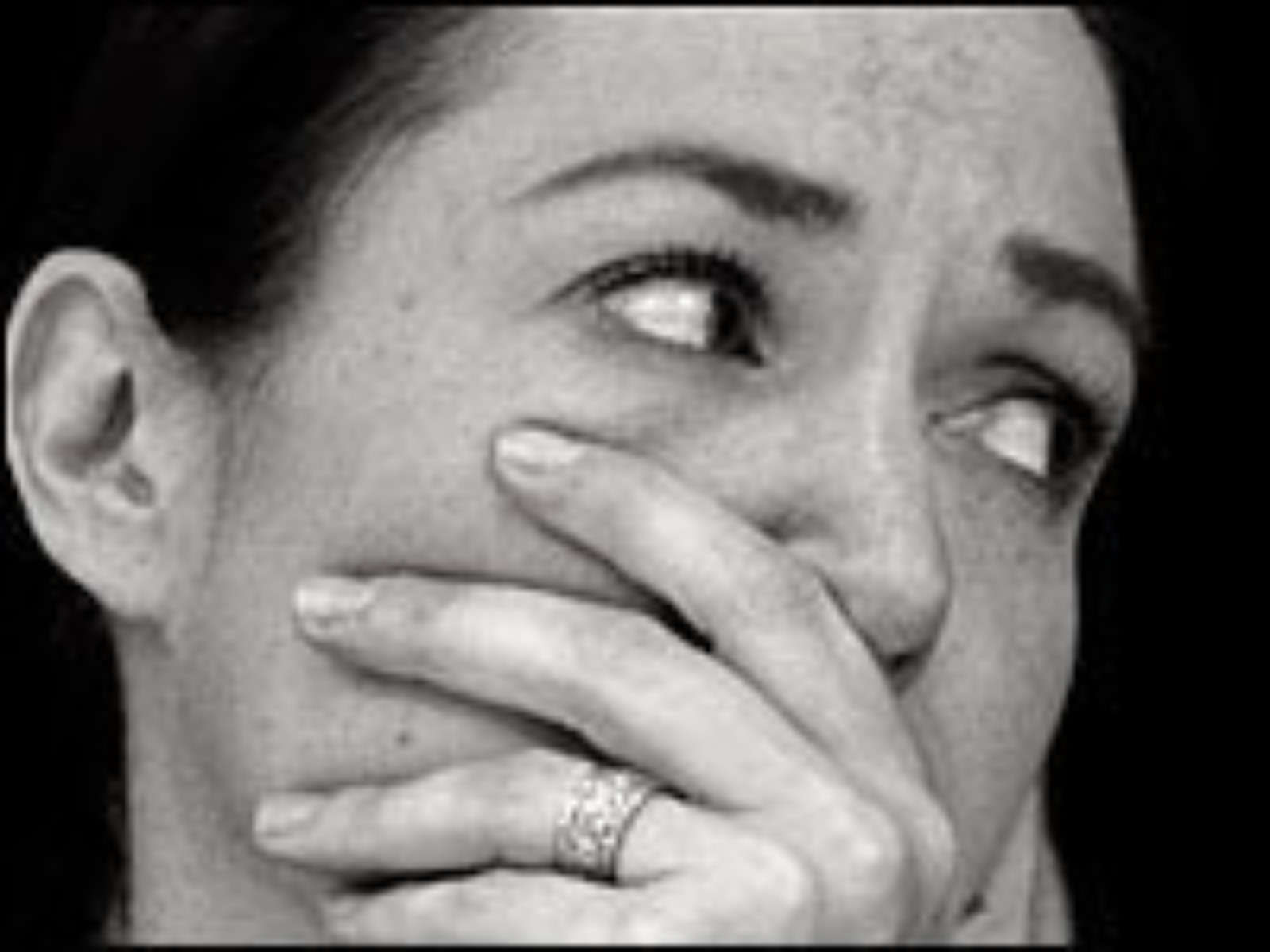 Listen to the radio piece. 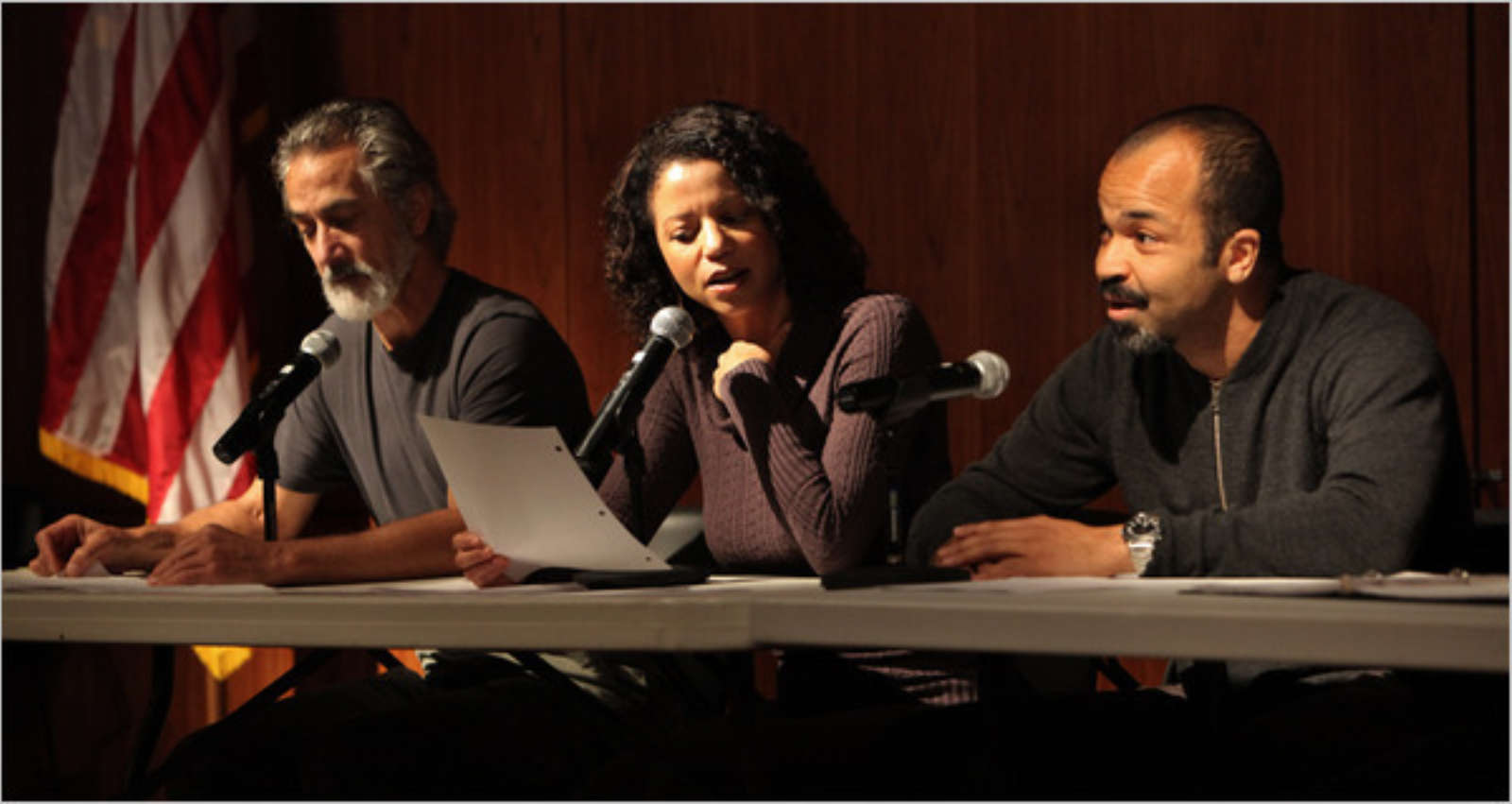 The Anguish of War for Today’s Soldiers, Explored by Sophocles 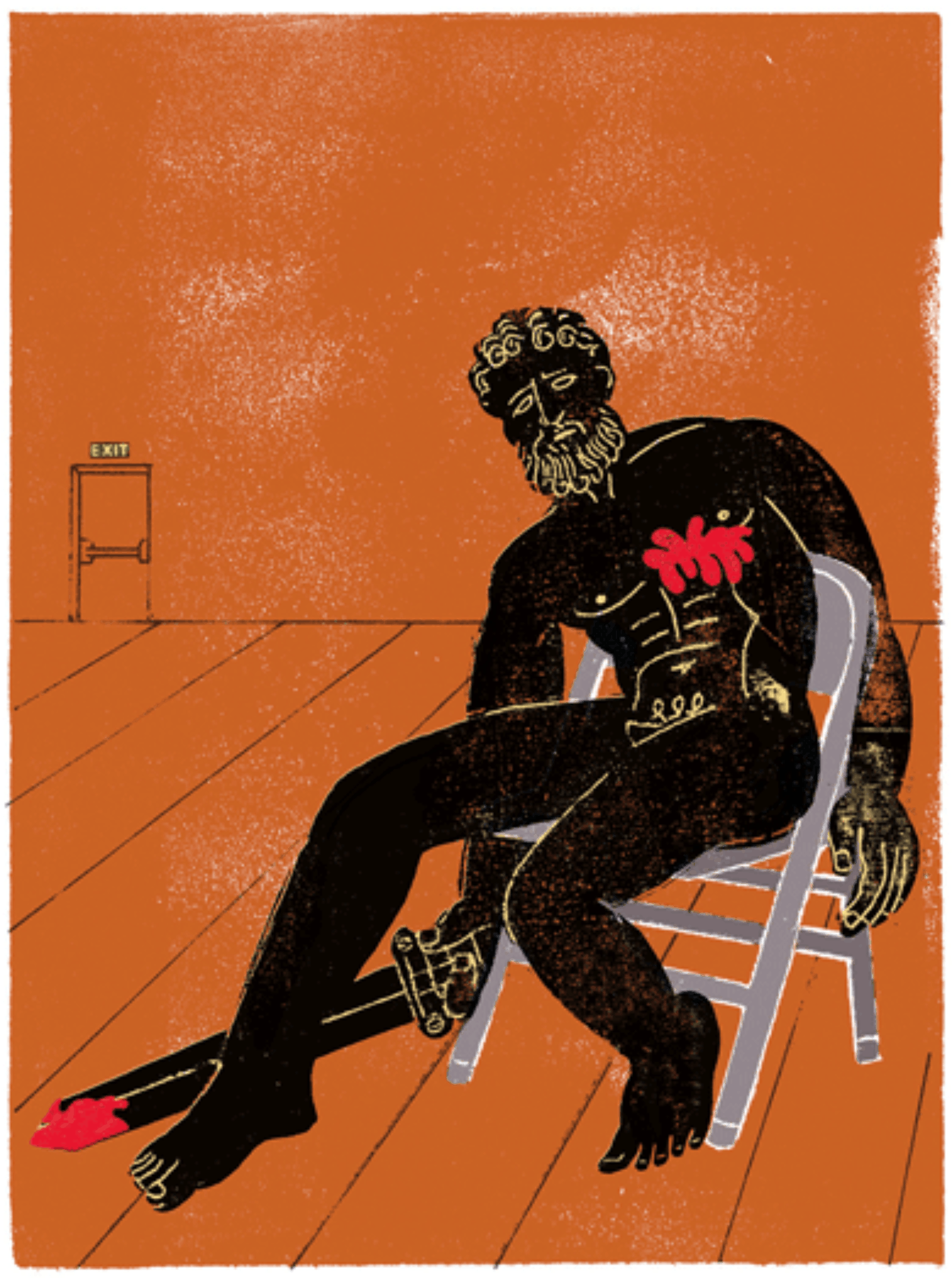 You Are Not Alone Across Time Using Sophocles to treat PTSD 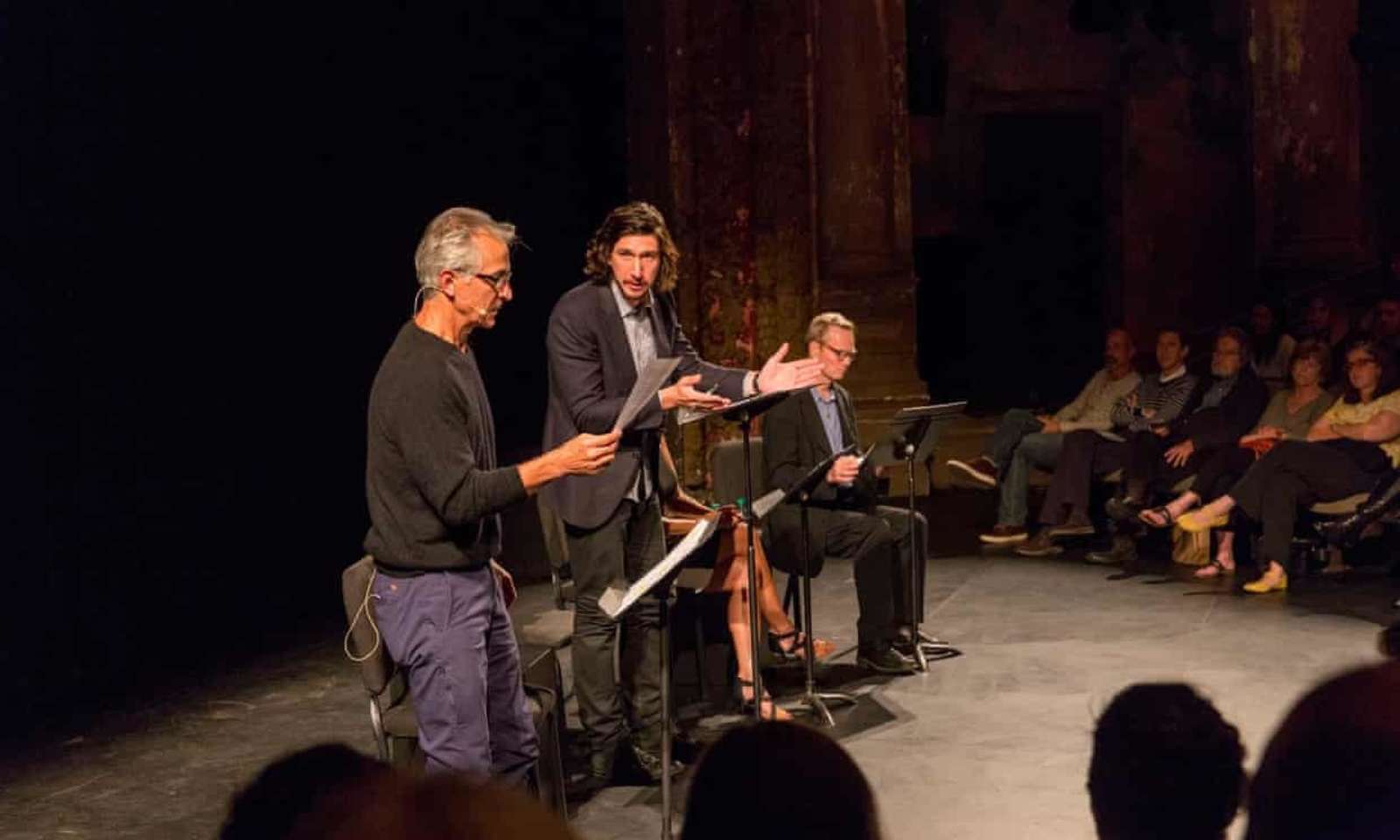 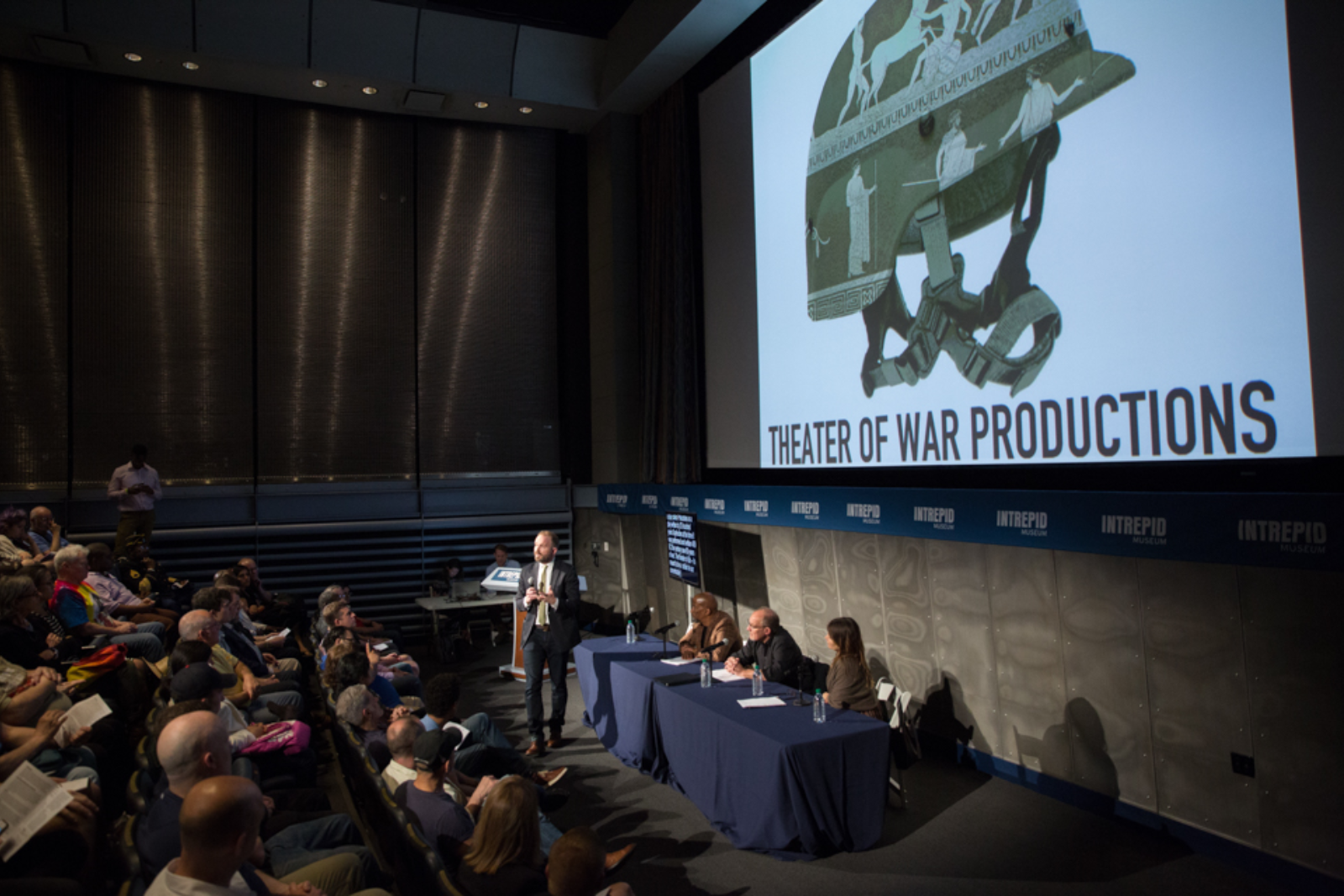 Theater of War Productions presents Sophocles’ ‘Ajax’ at Miller Theatre, wrestles with impact of war through dialogue across campus and across time

Theater of War Productions collaborated with Columbia University in honor of the 100th anniversary of the Core Curriculum. We presented Ajax to an audience comprised of Columbia Students and New York City Veterans struggling with homelessness and addiction to contextualize and interrogate the text that has been taught for 100 years. Read about the performance in the Columbia Spectator 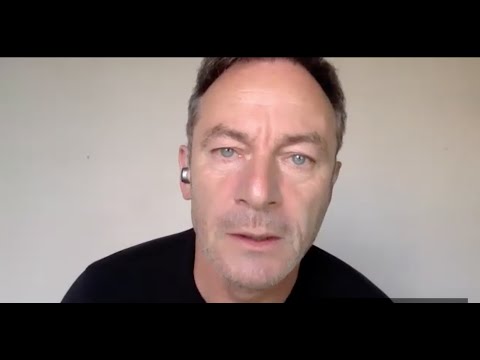 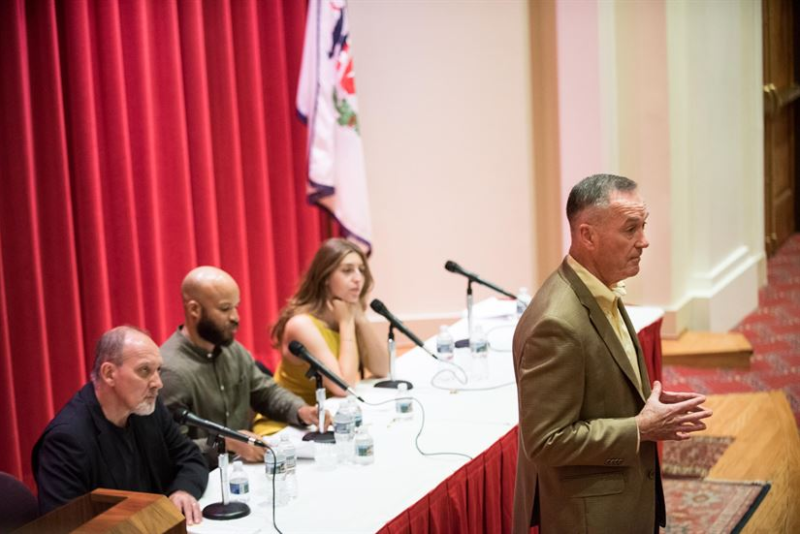 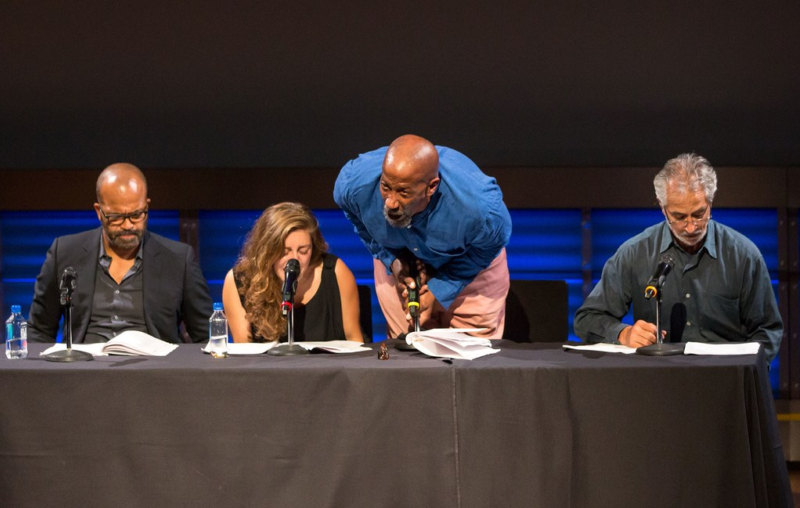 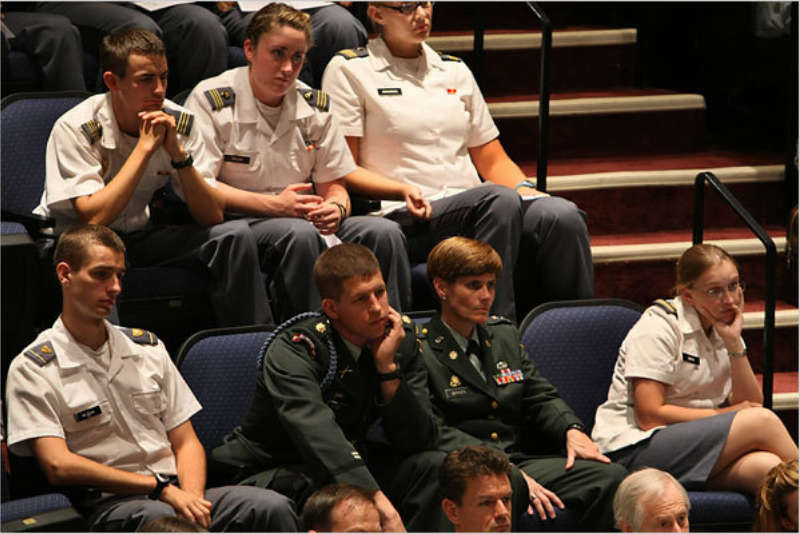 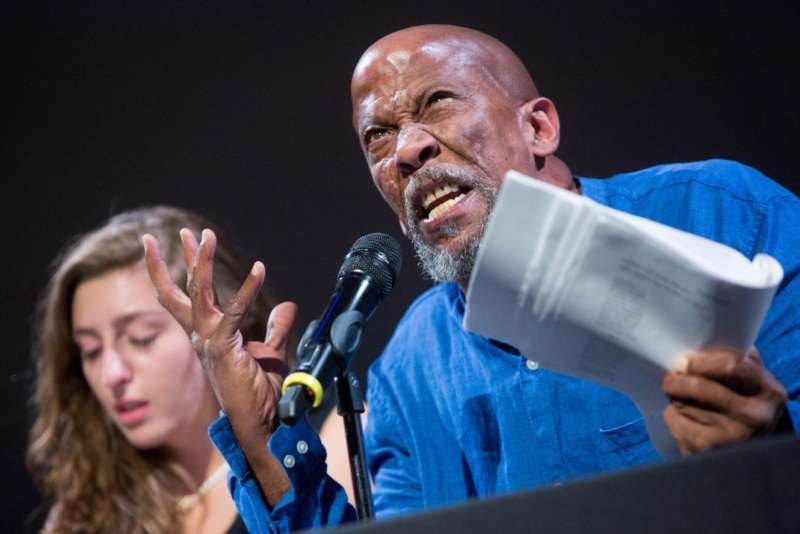 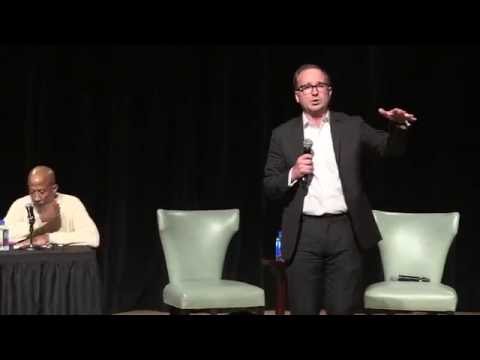 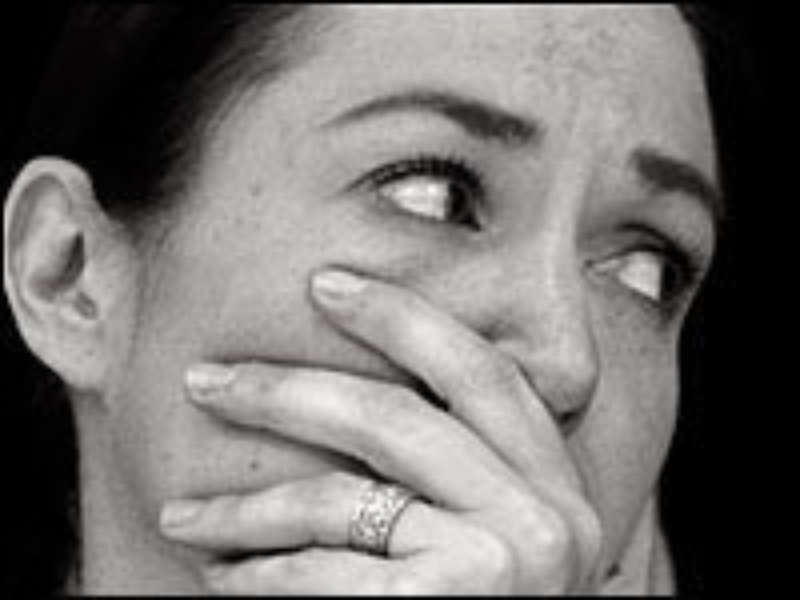 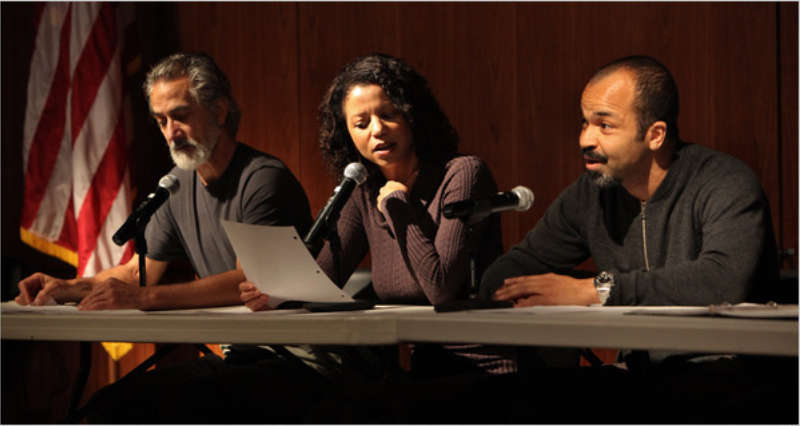 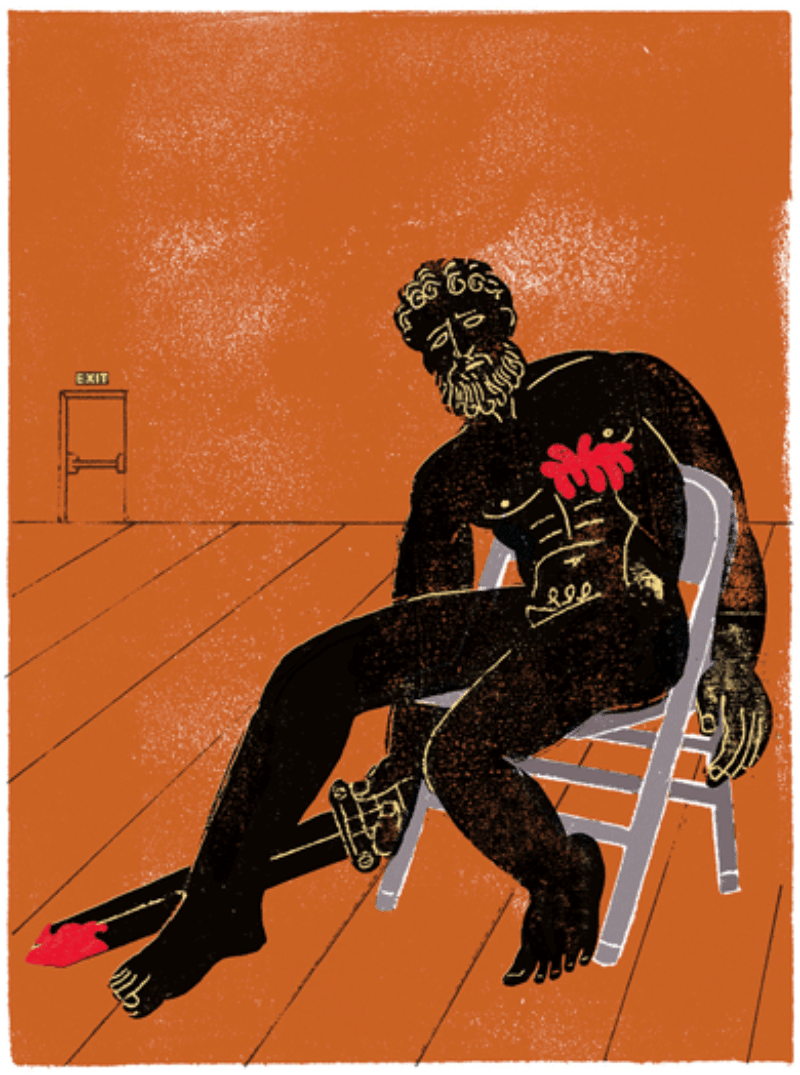 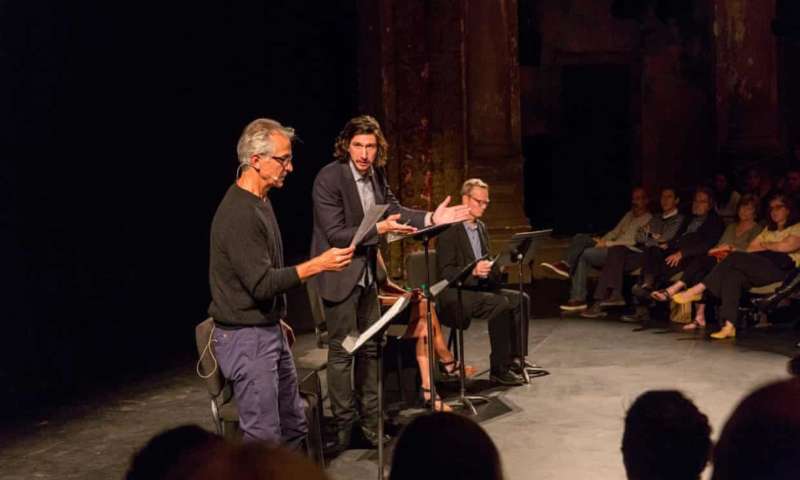 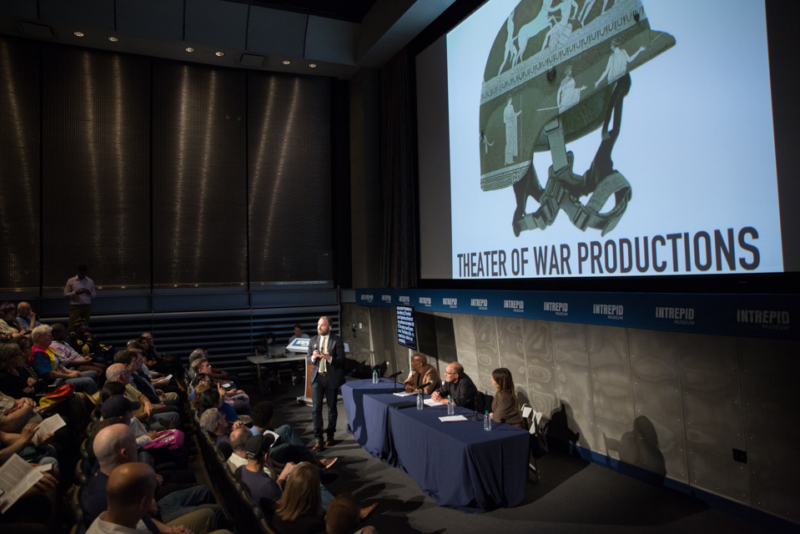